Up to now, I'd mainly been using 3.2 diameter EL wire for my work, along with the odd heart shape.

Browsing the internet, I found that the EL shapes came in many colours and shapes.

I'd recently bought a new jacket in a charity shop.  Got it home and kind of changed my mind about keeping it.  Anyway, I stuck it in the wardrobe instead of taking it back. 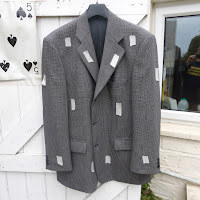 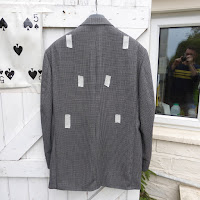 The jacket had a thin grid of white lines and the following idea was developed:

Design a jacket that:

The following pictures show the plans:

The shape, colour and channel number of each position: 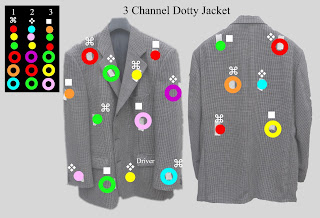 I decided to make a feature of the wires by having them on the outside.

Working on possible wiring plans.  This one I didn't do. 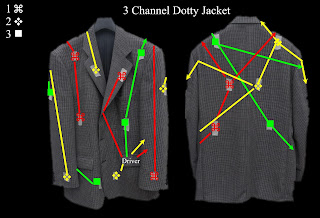 This one I didn't do. 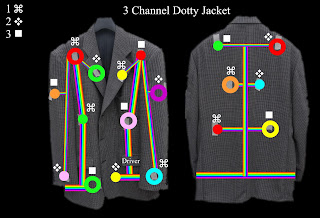 This one I did. 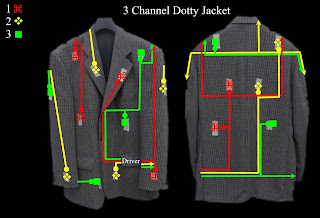 Then I began to attach the wires and solder the shapes: 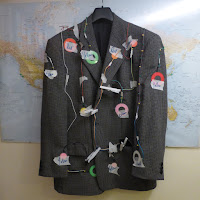 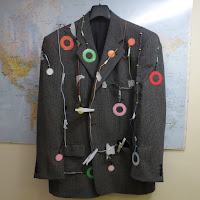 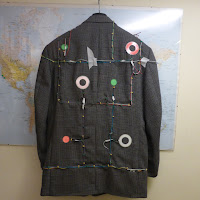 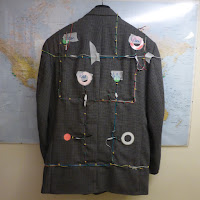 Some details of my wires, cable ties and shapes: 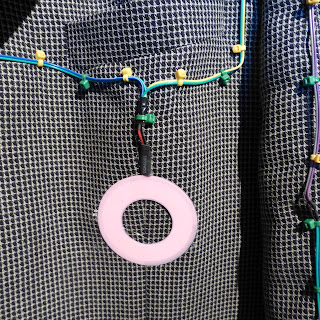 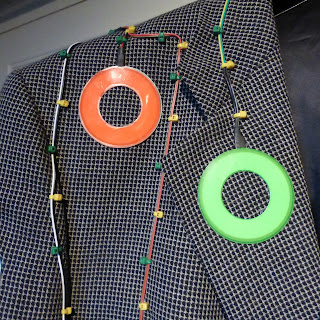 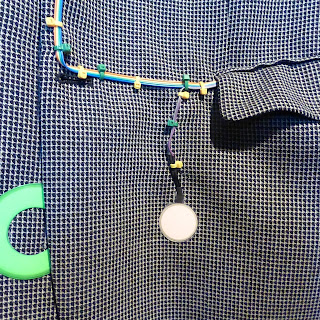 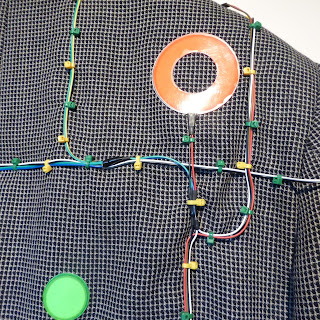 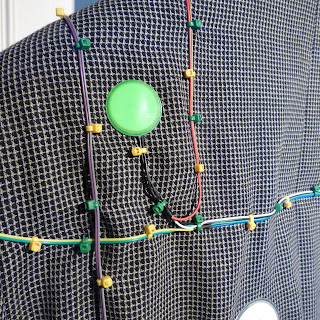 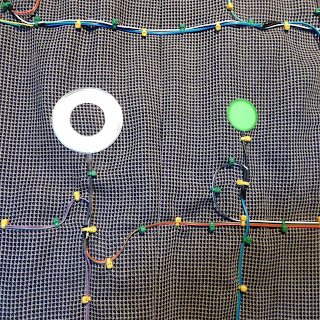 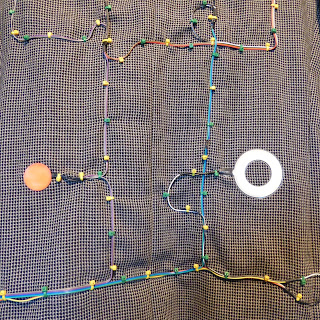 The Jacket was all wired up.  Front, back and sleeves: 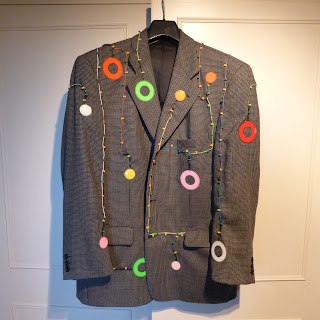 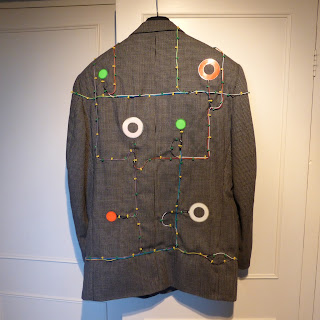 I made some extension leads to allow me to hold the controller in my hand during operation. 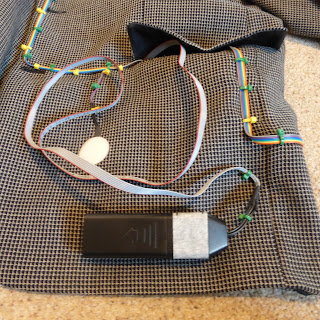 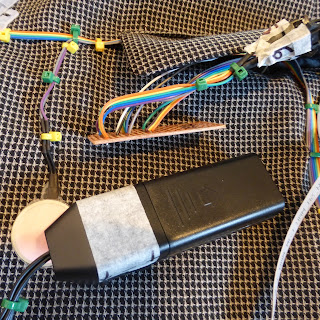 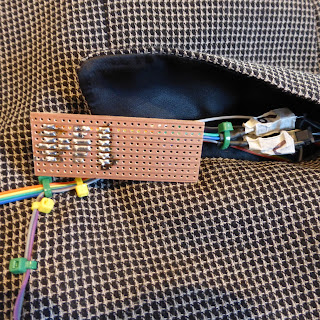 The board is covered to prevent damage (and shocks).

I also made some glasses from two red EL wire circles.  These connect via a trialing lead to the top of the jacket. 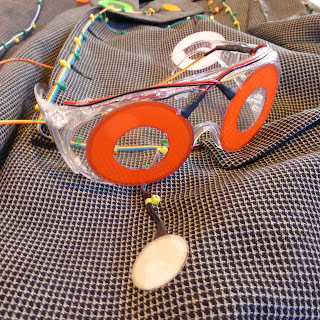 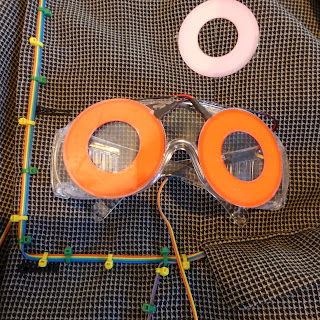 Having worn this out to events, parties, club nights and Glastonbury, I soon learnt that by having the wires on the outside makes the jacket very easy to damage.  I normally have to repair one or two or three solder joints the following day.

So I may never make another jacket with wires on the outside, but I think it was worth it just the once.

But, did the jacket: